I’ve seen this done in different ways, so this is only one example. A loved one of a main character is missing. Sometimes a photo is displayed in their home and later the missing character shows up in a different place. At other times, the order is flipped. We see (or read about) a character and then discover they are missing after the fact. I personally feel the image first followed by the reveal of where the person is may be more effective, especially if the missing character is not the main character.

When I’m shown the photo in a film, I should be able to sense how the main character feels about that person. Then, when the missing character shows up, I already have an attachment to them on some level.

This is easier to do visually, I suspect, than via text in a book but either medium can use this order of reveal.

It has been done a lot, yet it still seems effective enough to be a good tool.

Kevin A. Ranson and I are ready. Come out and see us if you’re in Houston. Yay! 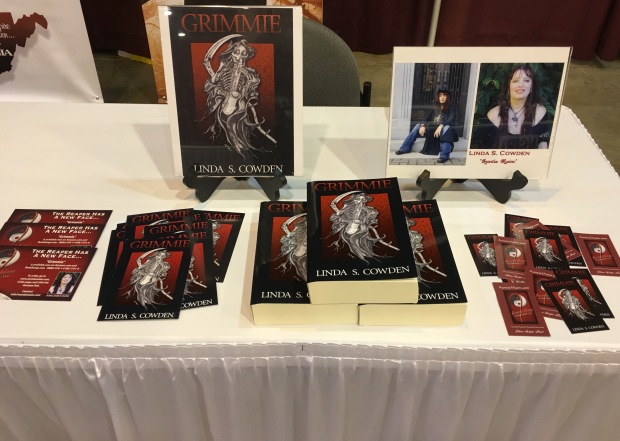 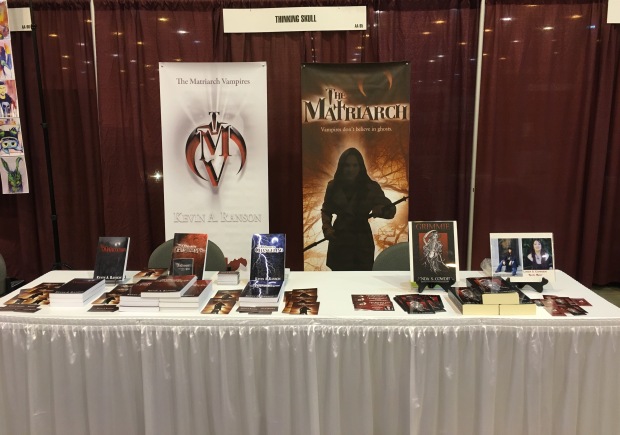 My new book trailer for Grimmie is out!

Kevin A. Ranson is a genius! My thanks to our wonderful actors, too:

Chris Aquino was my first pick for Corwin Grimm, a.k.a. Grimmie, and I was delighted when Melissa Tobin agreed to be Mary. Heath Ray made a great Louis and helped us get Johnny Hereford and James Trumble to play Louis’s buddies.

Kevin did the original music, created the special effects, and built the trailer from the ground up. I’m just in love with it!

October is just around the corner, and that means Spooky Empire. I am detouring up to Atlanta first for the Walker Stalker convention, and then on down to Orlando for Spooky Empire. I hope to see all of my awesome friends down there, and I plan to run around Halloween Horror Nights while I’m at it. Come on, October! Hurry up!